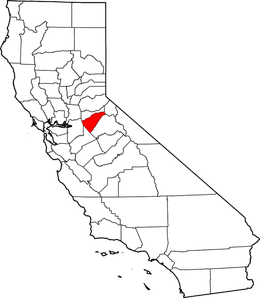 LAFCO is an independent agency created by state legislature to ensure changes in governmental organization occur in a manner which facilitates efficient and quality delivery of services and preserves agricultural land resources. Calaveras LAFCO has its own Policies, Standards and Procedures and Bylaws promoting state policy embodied in the Cortese-Knox-Hertzberg Local Government Reorganization Act of 2000.

The creation of LAFCO was a legislative response to actions by local jurisdictions in the 1940's and 1950's. Agencies incorporated or annexed large, irregular portions of land in a manner resulting in irrational urban boundaries, unnecessary conversion of prime agricultural land and isolated populations without efficient services or with no services at all. In 1963, the Legislature established a Local Agency Formation Commission in each county and delegated to them its regulatory authority over local agency boundary changes.  LAFCO serves the legislature’s “watchdog” in promoting orderly development and discouraging urban sprawl.

Additional legislation in the 1960's and 1970’s extended LAFCO’s authority. In the 1970's the Legislature recognized the connection between decisions concerning governmental organization and the issues of urban sprawl and loss of prime agricultural land. In response to these concerns, LAFCOs were charged with implementing changes in governmental organization in a manner which would preserve agricultural and open space land resources and provide for efficient delivery of services. Concerned that LAFCOs were responding reactively without considering long-term regional issues, in 1972 the Legislature began requiring LAFCO to adopt a sphere of influence for each agency in its jurisdiction. The sphere is established by the Commission, which is the probable physical boundary and service area each local government agency.  All proposals are  expected to  be consistent with the Commission approved sphere plan. The Legislature and the courts require LAFCOs to implement the California Environmental Quality Act (CEQA) as it applies to LAFCO actions.

Many of the Commission on Local Governance’s recommendations were incorporated into the Cortese Knox Hertzberg Local Government Reorganization Act, which was adopted by the Legislature in 2000, and became effective in 2001.

LAFCO has the specific authority to review and approve or disapprove:

•   Annexations to, or detachments from, cities or districts.

•   Formation or dissolution of districts.

•   Consolidation or reorganization of cities or districts.

•   The establishment of a subsidiary district(s).

•   The development of, and amendments to, Spheres of Influence.

•   Extensions of service beyond an agency’s jurisdictional boundaries.

•   Provision of new or different services by districts.

•   Pursuant to Section 56434, the Commission may review and approve proposals that extend service into previously unserved territory in unincorporated areas.

•   LAFCO is empowered to initiate and conduct Municipal Service Reviews for services provided by all agencies within its jurisdiction.

In addition to LAFCO’s regulatory responsibilities, Calaveras LAFCO  considers that an important part of its role is to encourage communication and collaborative planning and studies between public agencies.

Calaveras Lafco  is funded by the City of Angels, Independent Special Districts and the County of Calaveras. Calaveras LAFCO  also receives fee revenue generated by applications for entitlements for actions subject to LAFCO’s jurisdiction.

The Commission is composed of seven members:  Two from the City of Angels Camp, Two from the Calaveras County Board of Supervisors, Two from Special Districts in the County and one public member at large.  Each category of member has one alternate.